Click on any plat name in the map, or from the list below the map, to view a full screen plat detail map for that specific plat.

Click on the pipeline walking trail photo to expand a larger view.

Click on the number lots map photo to open a very large photo in a new window.

Cove A: This cove is approximately a 10 acre area that receives 55% of the incoming flow to the lake. During heavy rains the amount of silt deposited in Cove A increases dramatically. The majority of the silt is received through the telephone cove tributary. This area has one small silt pond upstream but is not very effective in heavy rain instances. The remainder of Cove A is fed from the west. This area is protected upstream by a 2 acre silt pond and also Dam Site 1 which is a 23 acre containment area. This area will drop out 80% of the silt in a normal 2 -3” rain occurrence. During normal dredging operations in the cove we remove an average of 2-3 feet of silt.

Cove B: This is a small cove located between Bellevue Circle and Murray Circle. There is no inflow to this cove except for local rainfall. The shoreline is completely stabilized which means no local erosion. This cove would need dredging only every 7-8 years.

Cove C: The dredging area of this cove is approximately 1 ½ acres. The bottom has silt combined with smaller rocks which come from upstream. The last 40’ of the cove is solid rock starting at 4 feet deep and ends at 2 feet deep at the very end of the cove. There is also rip rap on the shoreline which causes the dredge problems. This cove receives very little flow due to the upstream dam on the Lake ridge golf course.  The amount of silt entering this cove is also low due to the flow as well as the ample ground cover on the golf course. Maneuvering the dredge is very difficult in this cove due to the shore stations.  The silt from this cove is will be pumped to the small pond at the end of cove D. Ordinarily this is a sediment pond, but will be pumped full of silt and seeded to avoid the stagnation that occurs in the pond.

Cove D:  This cove encompasses approximately a 2 acre dredging area.  At the ½ way point into the cove it narrows to 50’ across and continually decreases the farther you go until the end of the cove which is about 20’ across in width.  From the ½ way point to the end of the cove you should not go any deeper than 4-5’ due to the possibility of creating a landslide scenario on surrounding lots.  Removing to much mud from the bottom relieves the pressure in the narrow cove and creates the opportunity during a rainy season.  The seawalls installed at the end of the cove that are vinyl sheet piling and are not put in very deep so they may fail if too much silt is removed.  There is a shale shelf at the end of the cove that is approximately 5 ½ -6’ deep.  The silt from this cove is will be pumped to the small pond at the end of cove D. Ordinarily this is a sediment pond, but will be pumped full of silt and seeded to avoid the stagnation that occurs in the pond.

Cove E:  This cove is also very narrow and encompasses about a 1 acre area that requires dredging.  You can only dredge 3’ deep for the last 50’ due to a solid rock shelf.  There is much loose rock in the area as well.  A small temporary sediment pond may have to be created on RL7 to hold the silt.  Maneuvering the dredge is difficult in this area due to the angles created by the docks.

Cove F: This is a very small area with no inflow other than localized rain runoff. The end of the cove is primarily sand added by the property owners. Shouldn’t need dredged but every 7-8 years.

Cove G:  This cove is very long and narrow.  The dredging in this cove may cover ½ – ¾ of an acre.  It is burdened with a lot of rip rap and concrete chunks.  The shorelines all became stabilized in 2003. The silt from this cove would be pumped to spoil area #2.  Maneuvering in this cove is fairly easy due to the open area at the mouth of the cove.

Cove H:  This is a very large cove that will require some careful planning before it is dredged.  The area would encompass approximately 4-5 acres.  There is a tremendous amount of silt that enters into this cove every year.  There is about 20% of the water flow entering through this cove.  The original bottom of this cove is covered with oak tree stumps that were never removed.  Once these stumps are encountered you go no farther.  The silt from this cove would be pumped to a spoil area 11.  The maneuvering capability for this cove will be very difficult due to the openness of the cove and wind possibilities.

Cove I (Fishing Pond):  This pond has been very effective in silt removal.  It has about 2 acres of dredging area and receives a continuous flow of water.  This pond receives a significant amount of silt from upstream farm ground.  There are two erosion control dams upstream from this pond to aid in stopping the silt.  The bottom of this pond is clean silt with some debris.  It is a good area to keep clean.  The maneuvering capability in this area is fairly easy as there are no docks in this pond. The silt from this pond is pumped to spoil area 1& 2.

Cove J:  this cove has an area of ½ – ¾ of an acre that needs dredged.  This area is stabilized and receives very little silt.  There are small rocks on the bottom with rip rap shorelines which inevitably will cause a problem for the dredge.  The silt from this cove would be pumped to a spoil area 11.

Cove K: This cove is the Marina and boat ramp area. It is a rock layer bottom with loose rock approximately 0-6” in size. There is no live stream in this area and is prone to erosion runoff from the surrounding area. This area will not need dredged for another 6-7 years

Cove L:  This cove is relatively small compared to the others.  The shorelines are stabilized and the cove receives very little incoming flow which carries silt.  Some parts of the shorelines have rip rap on them which poses a problem for the dredge.  However the last time it was dredged the majority of the problem rip rap was removed from the bottom.  This cove shouldn’t need dredged but maybe once every 10 years.  The spoil area for this cove was located on a property at the end of the cove.  I believe that doing so was a onetime venture and another spoil area will have to be located.

Cove M:  This cove is small and covers ½ an acre dredging area.  This particular cove receives a substantial amount of silt in heavy rain.  It is in a watershed which includes farm ground at present.  There is a plan in the works for this to be transformed into a residential area.  If so the amount of silt will be greatly decreased.  The bottom of this cove was relatively clear of debris.  The silt is pumped from this cove to a spoil area that was created, used and then backfilled and was located on reserve lot 14.

Cove N:  This cove is approximately 1-1 ½ acres of dredging.  It receives a substantial amount of flow during heavy rains which carries silt from adjoining farm ground.  A silt pond was constructed upstream from this cove in 2004 which decreased the amount of silt by 50%.  This area has many sand beaches which contribute to the silting problem.  This sand can be dredged out, but requires more time because of the water to sand ratio that you must consider.  The silt and sand from this cove is pumped to spoil area #10. Maneuvering in this cove is fairly easy due to the shape of the cove.

Cove O:  This cove is very long and narrow.  The dredging area covers approximately 2-3 acres.  This area receives a flow of water only on rain occasions over the past 4 years.  There is significant silt carried into this cove due to the adjoining farm ground.  The farm ground is being turned into a residential area.  The shoreline is completely stabilized and has been greatly improved with the installation of small spillway area at the very end of the cove.  This has helped to stop erosion.  The silt from this pond is pumped to spoil area yet to be determined.  Maneuvering in this cove is difficult due to the turns in the cove and a multitude of docks and shore stations.

Cove P:  This is a small cove which encompasses an acre of dredging area.  This cove receives a small amount of water from springs and a larger amount during rain occasions.  The amount of silt entering this cove is getting to be less due to stabilization upstream.  The cove bottom is fairly clean as it has been dredge before.  The silt from this cove is pumped to spoil area #9.  Again, Maneuvering is difficult due to dock and shore stations.

Cove Q: This is a small cove located at the end of Lake Ct. There is no live tributary but localized runoff from storms. The shoreline is rip rap, therefore the dredge should stay at least 10’ from the shoreline or stair step the cuts. The silt is pumped to spoil area #9.

Cove R:  This is a large cove that receives a significant amount of silt.  This cove receives about 20% of lake water.  This cove has two silt ponds upstream which stops approximately 50-60% of the silt in the normal rainfall.  The bottom of the cove has a rock shelf which begins at the halfway point into the cove and gets even shallower as you head toward the end of the cove.  The very end of the cove is 1’ deep and has a solid rock shelf.  It is difficult dredging this cove because the rock shelf is fragile and continues releasing fragments as the water moves across it.  The rock slows down the dredging operation due to plugs in the pump.  There is a high pressure sewer line that is embedded in the rock where the cove turns north. 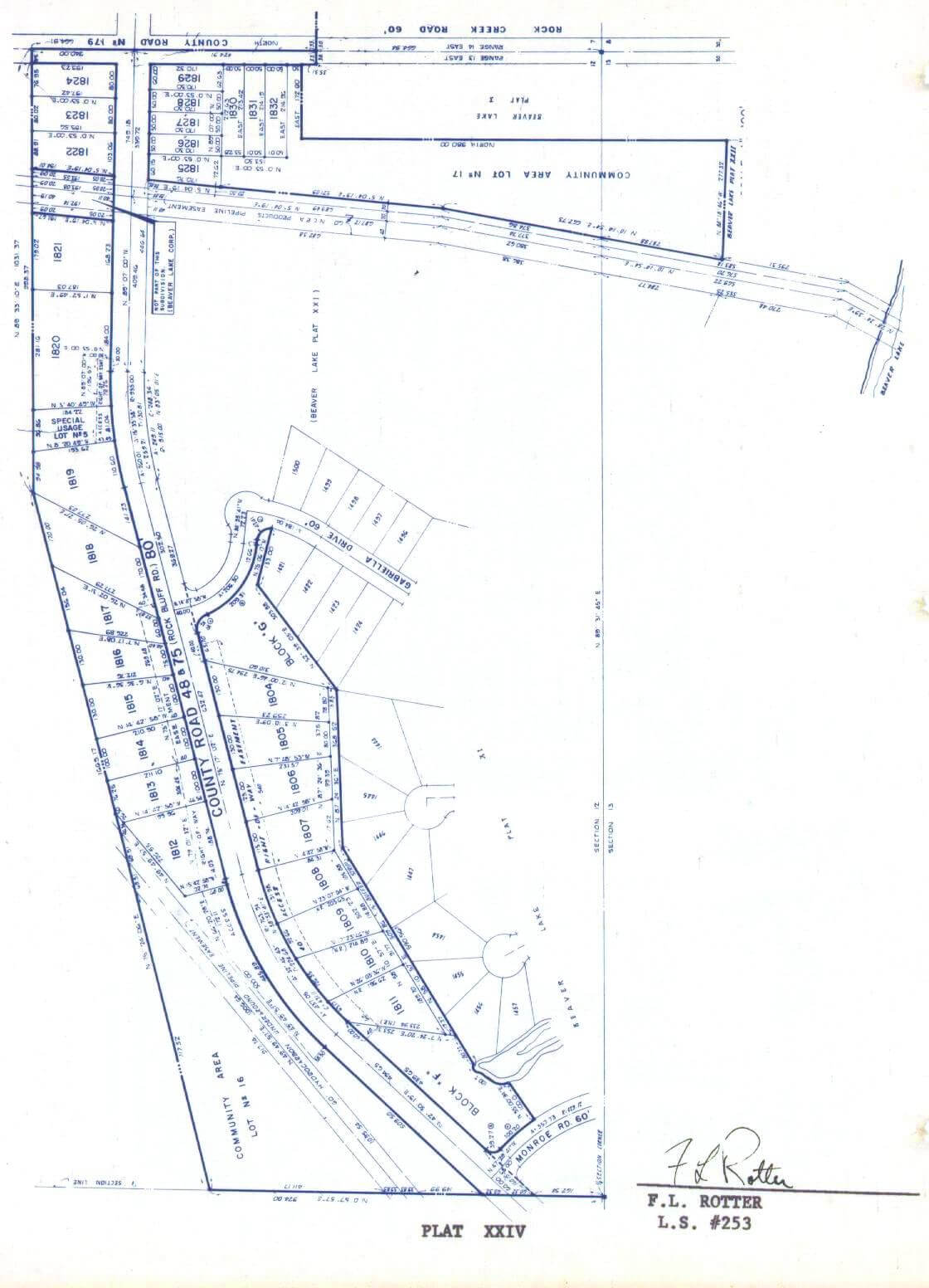 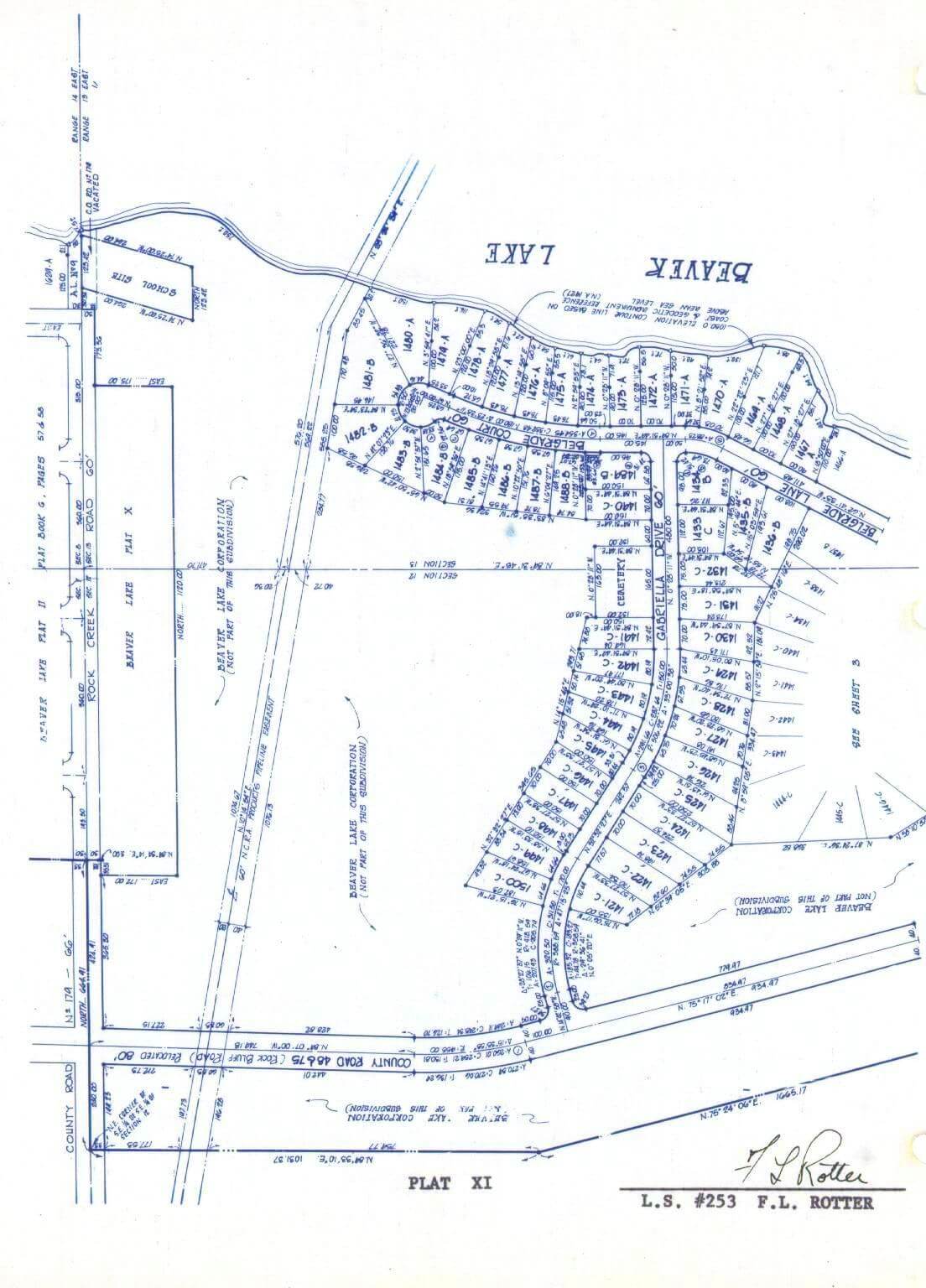 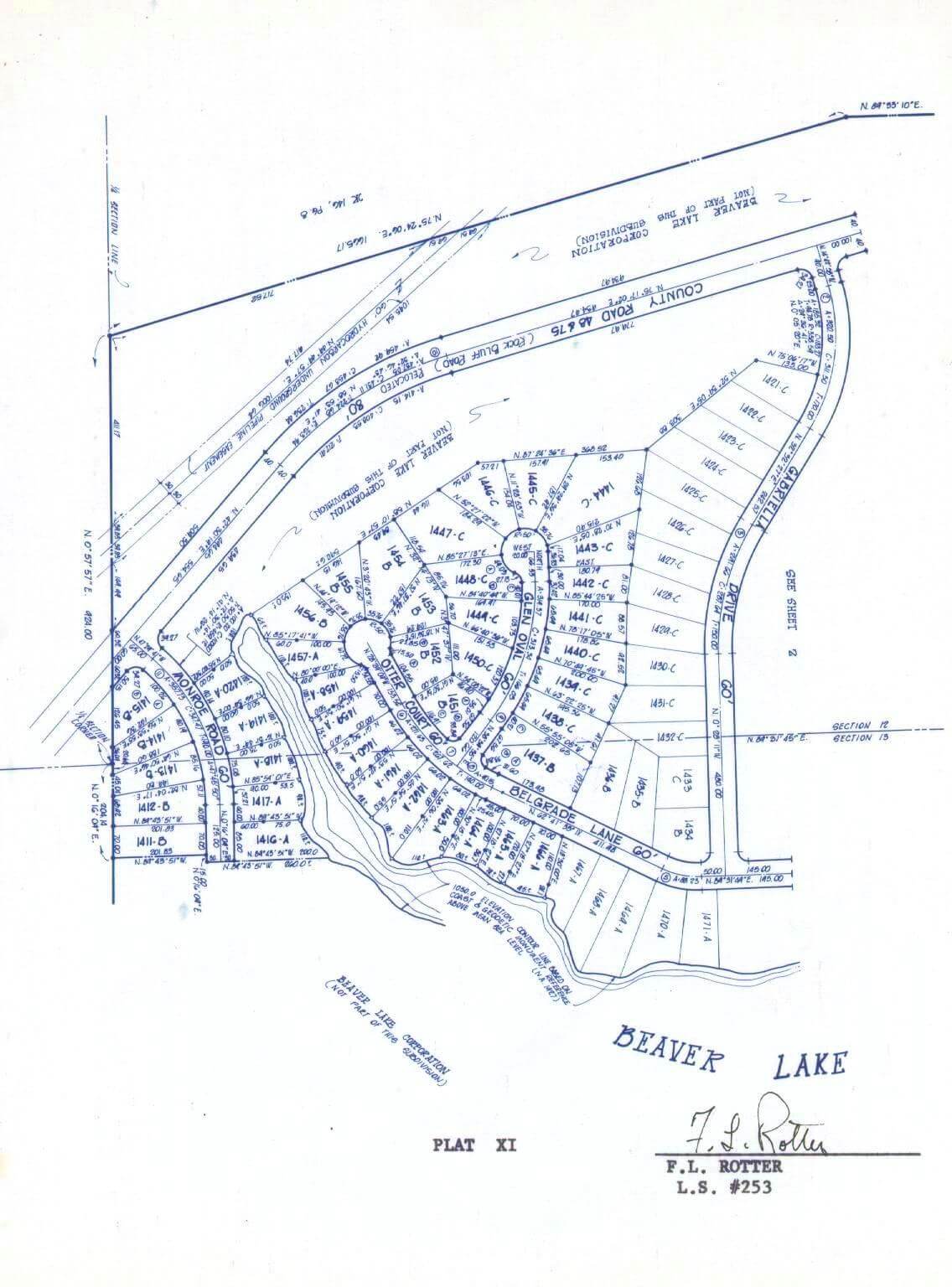 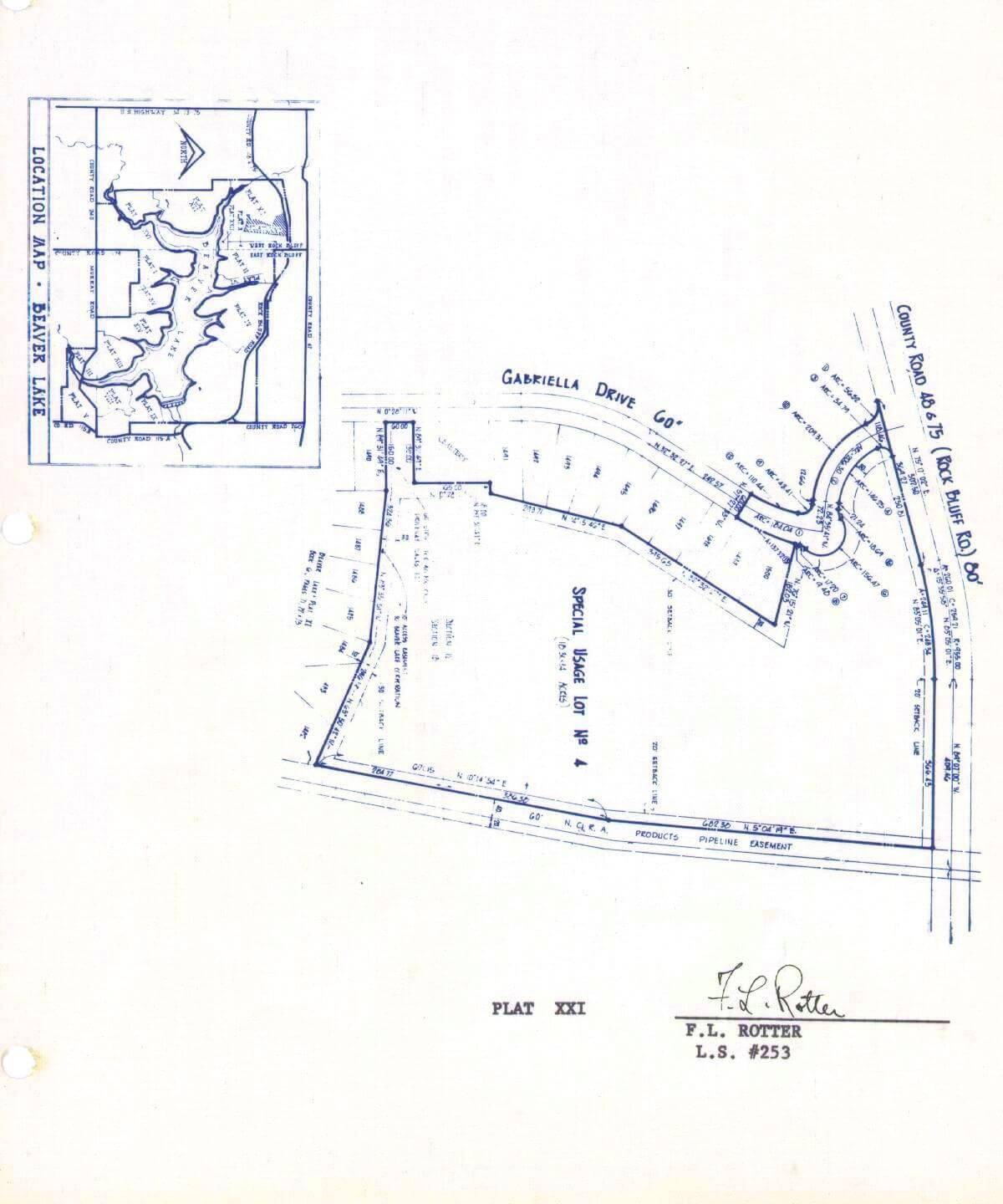 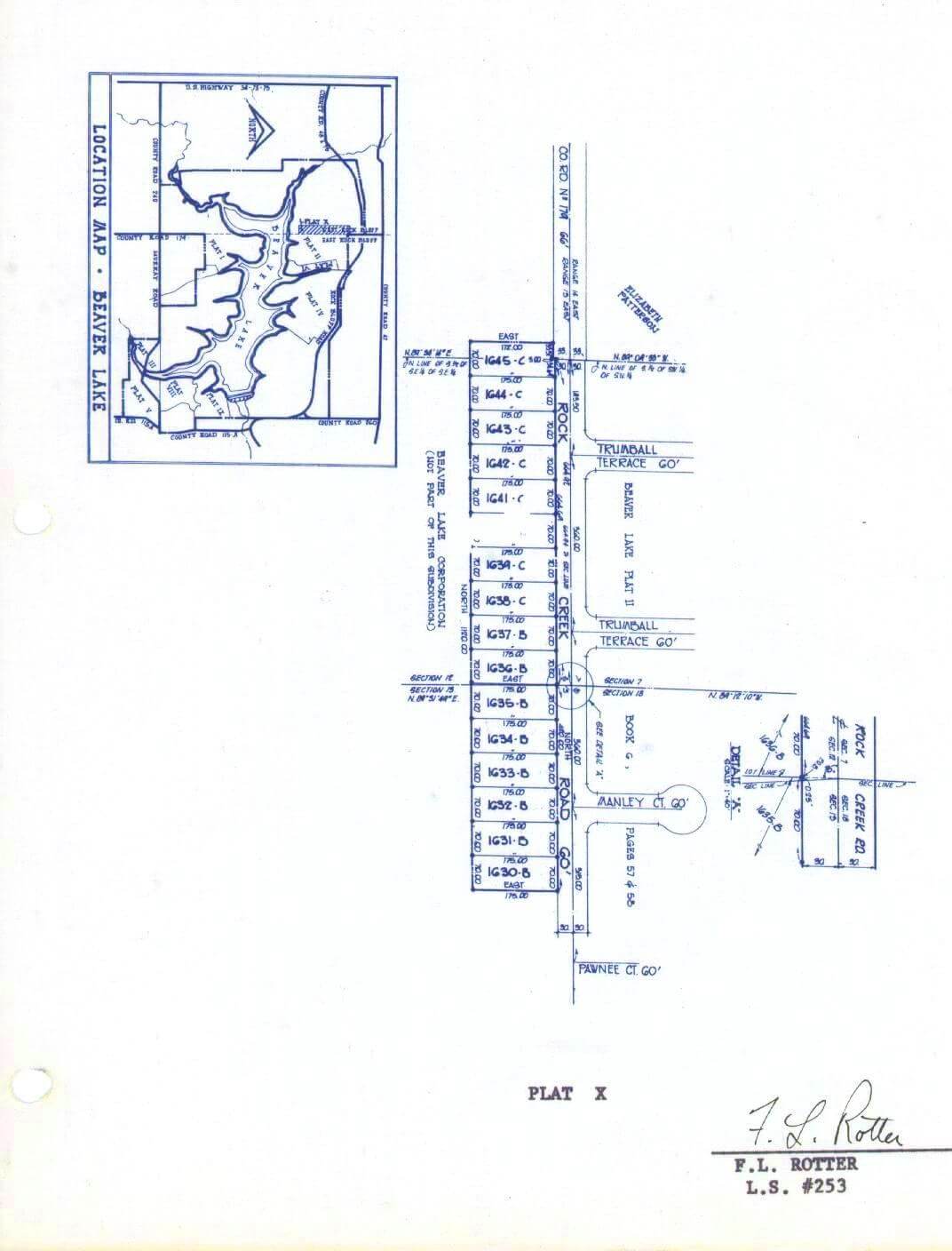 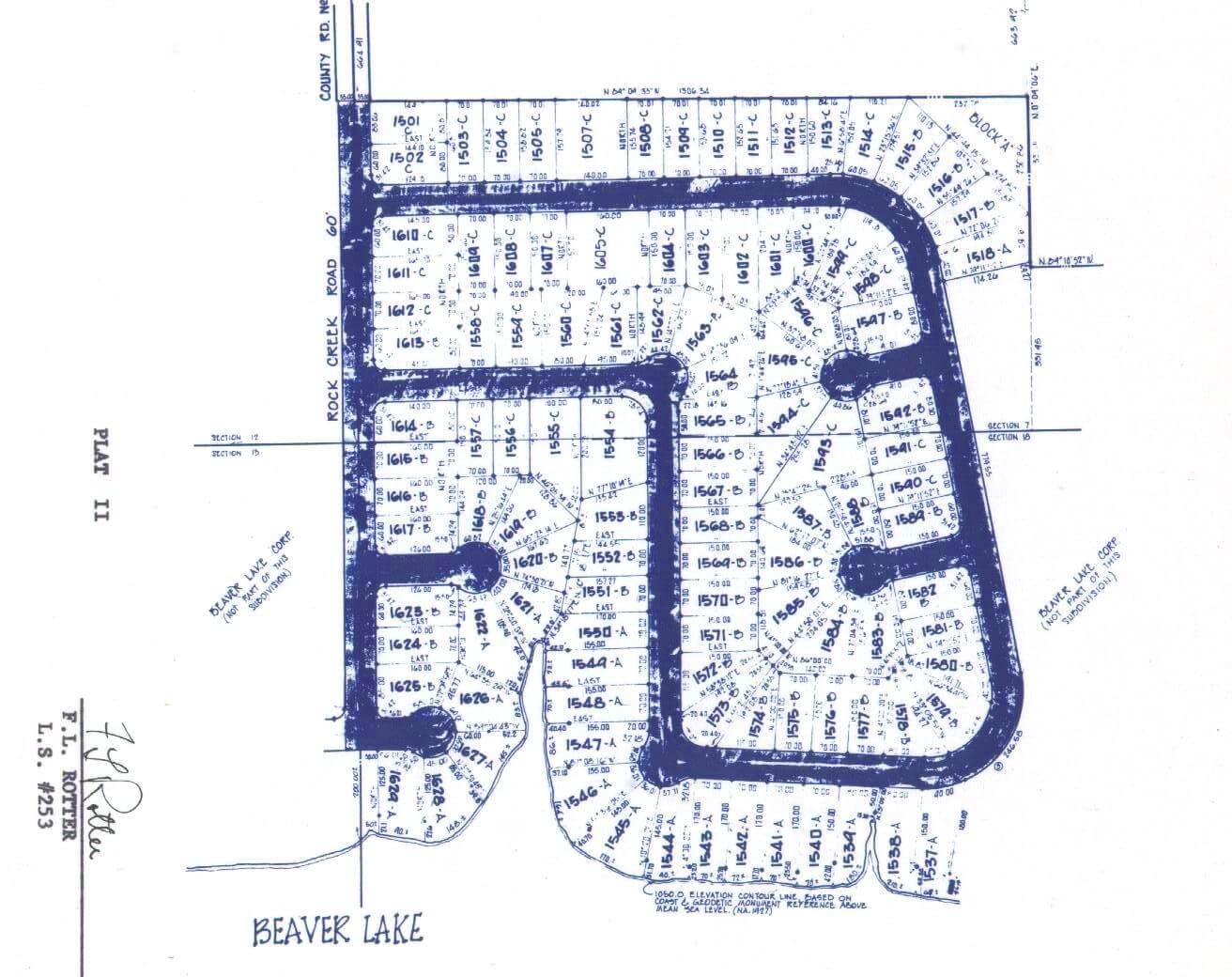 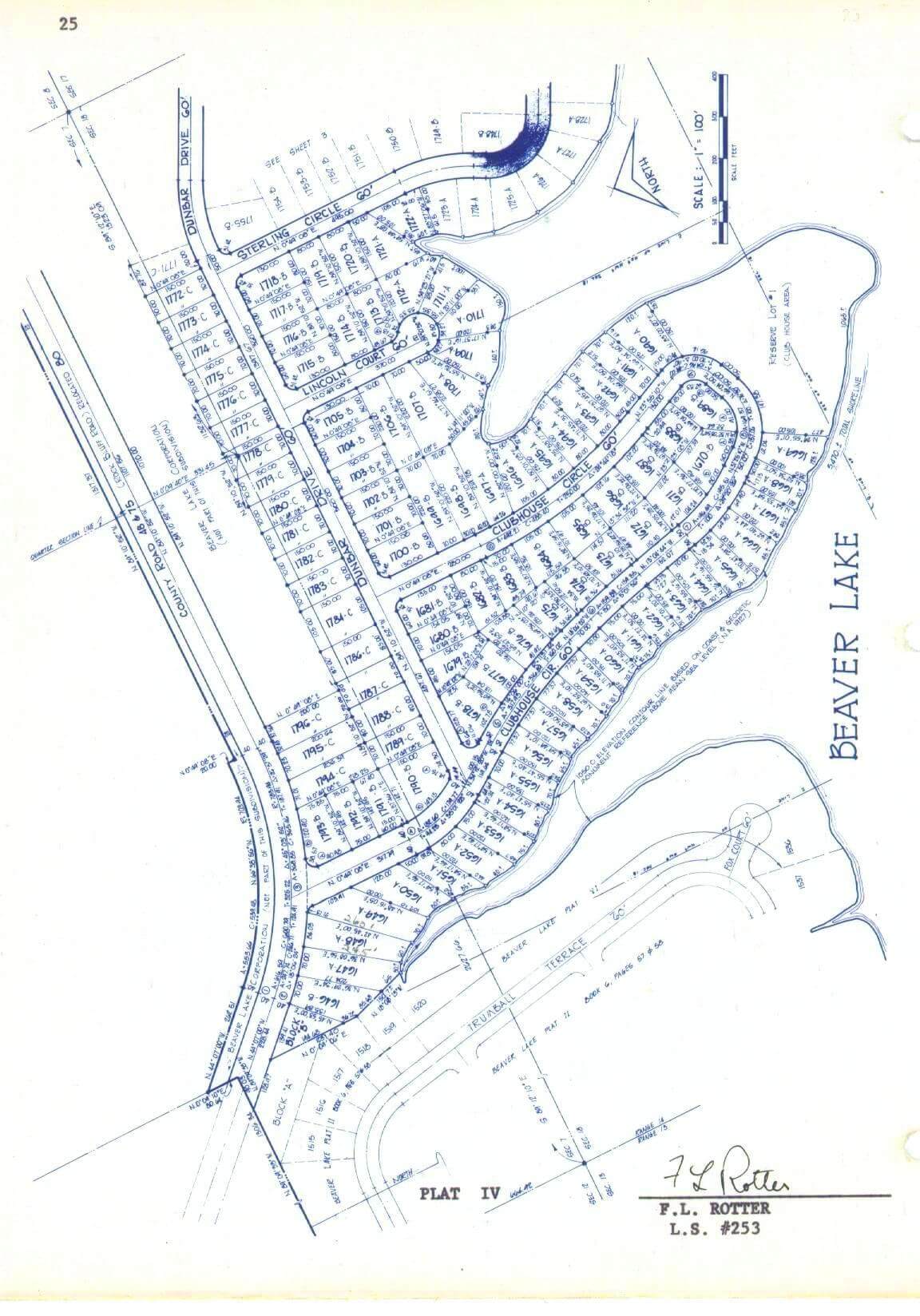 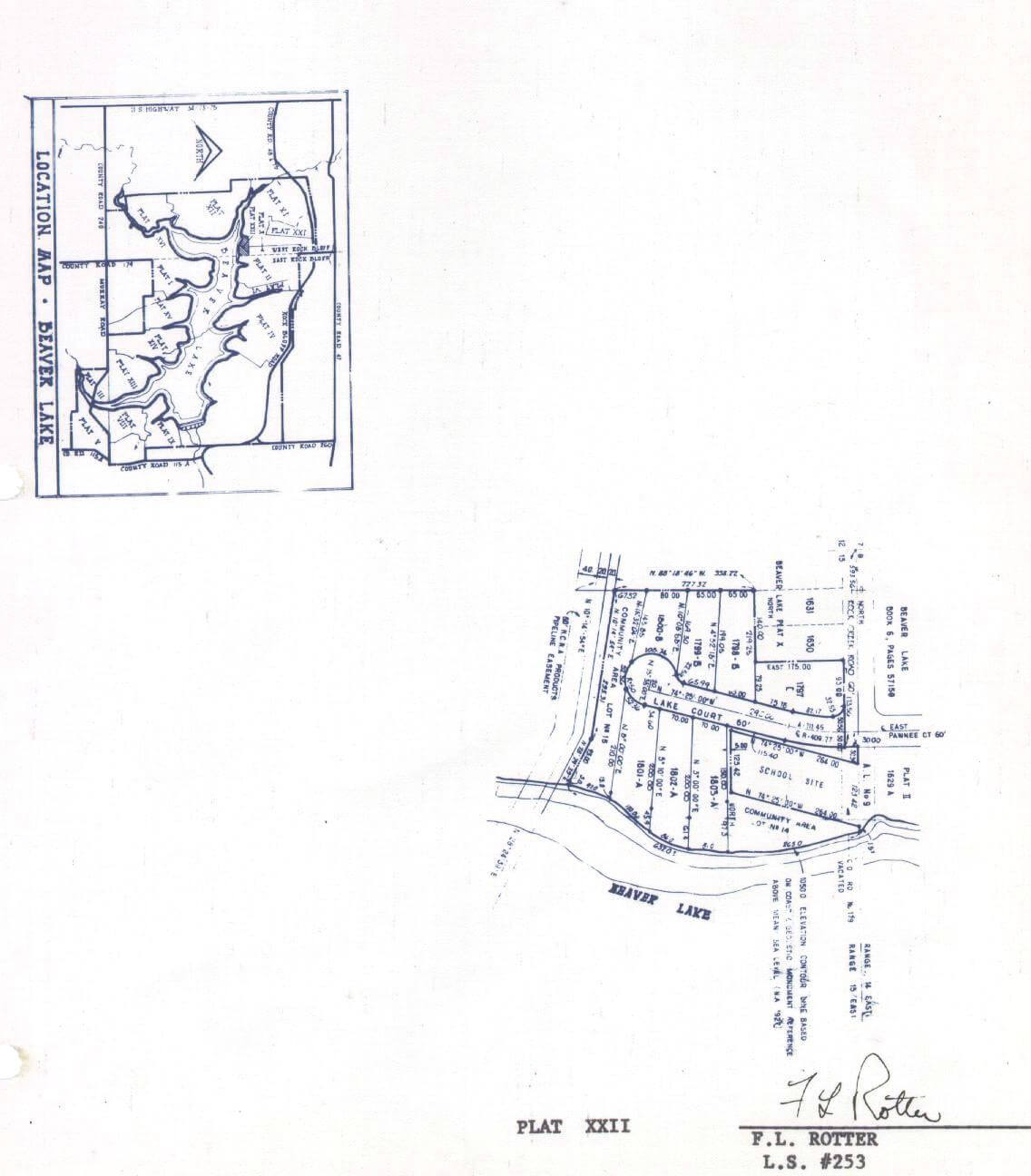 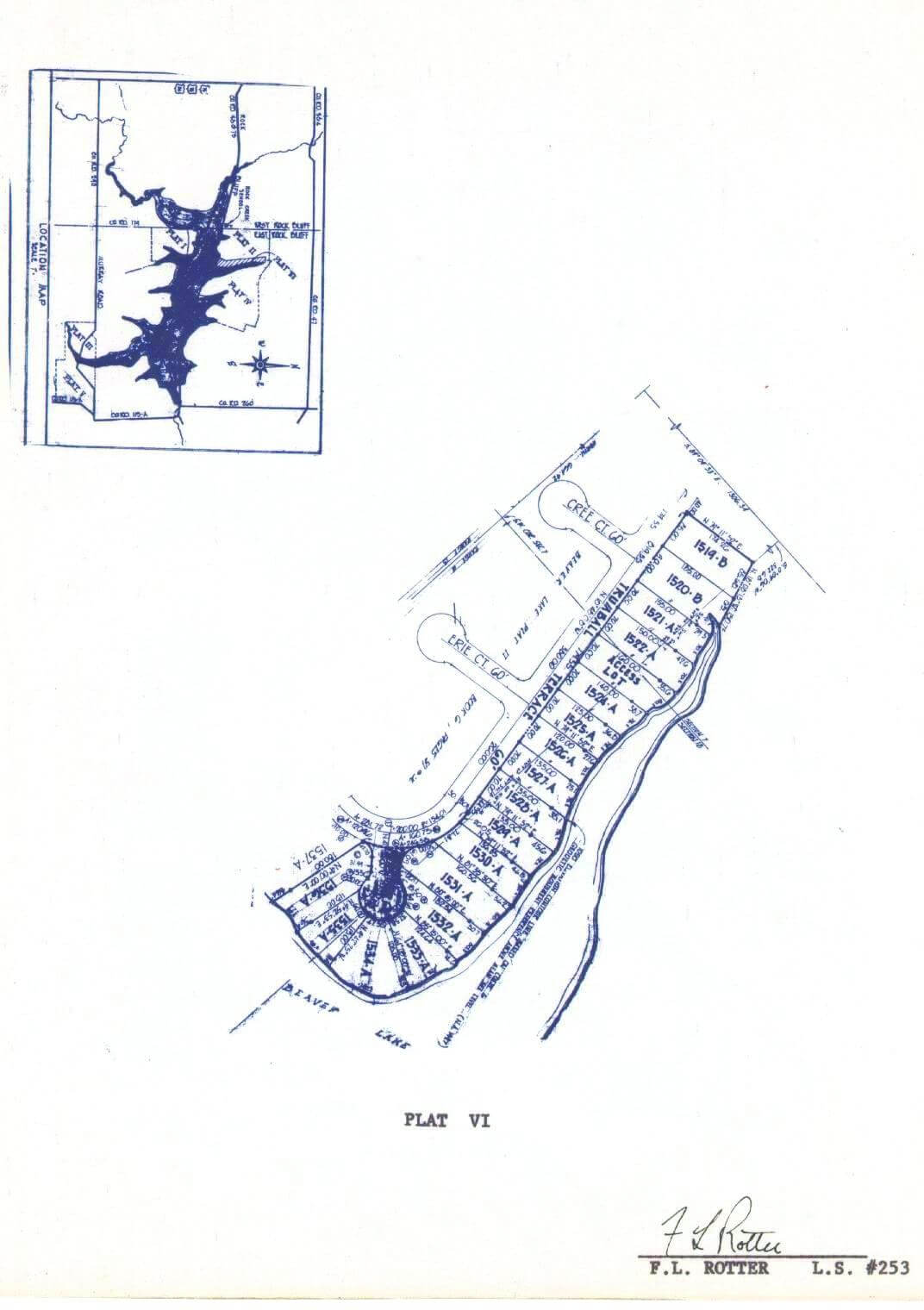 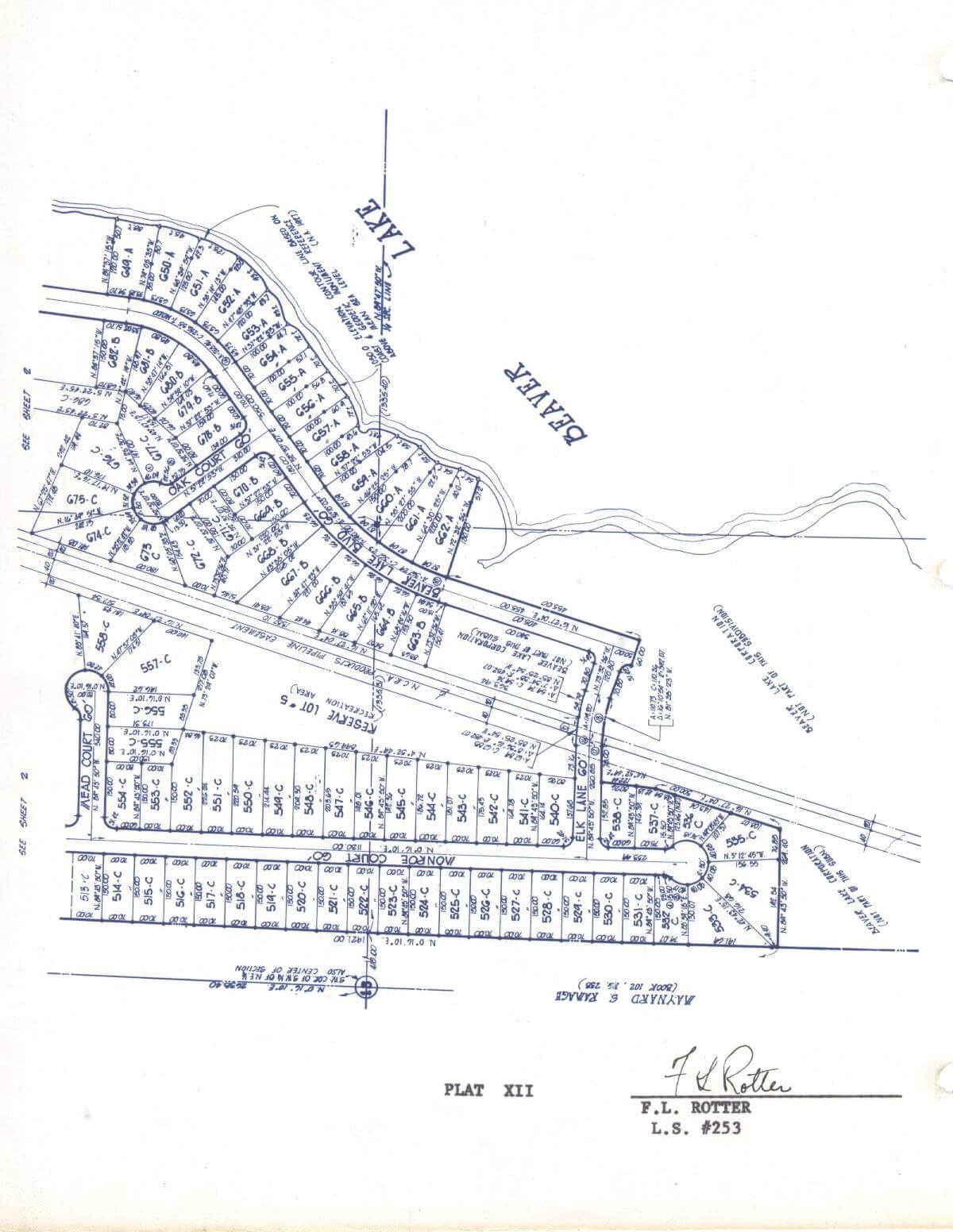 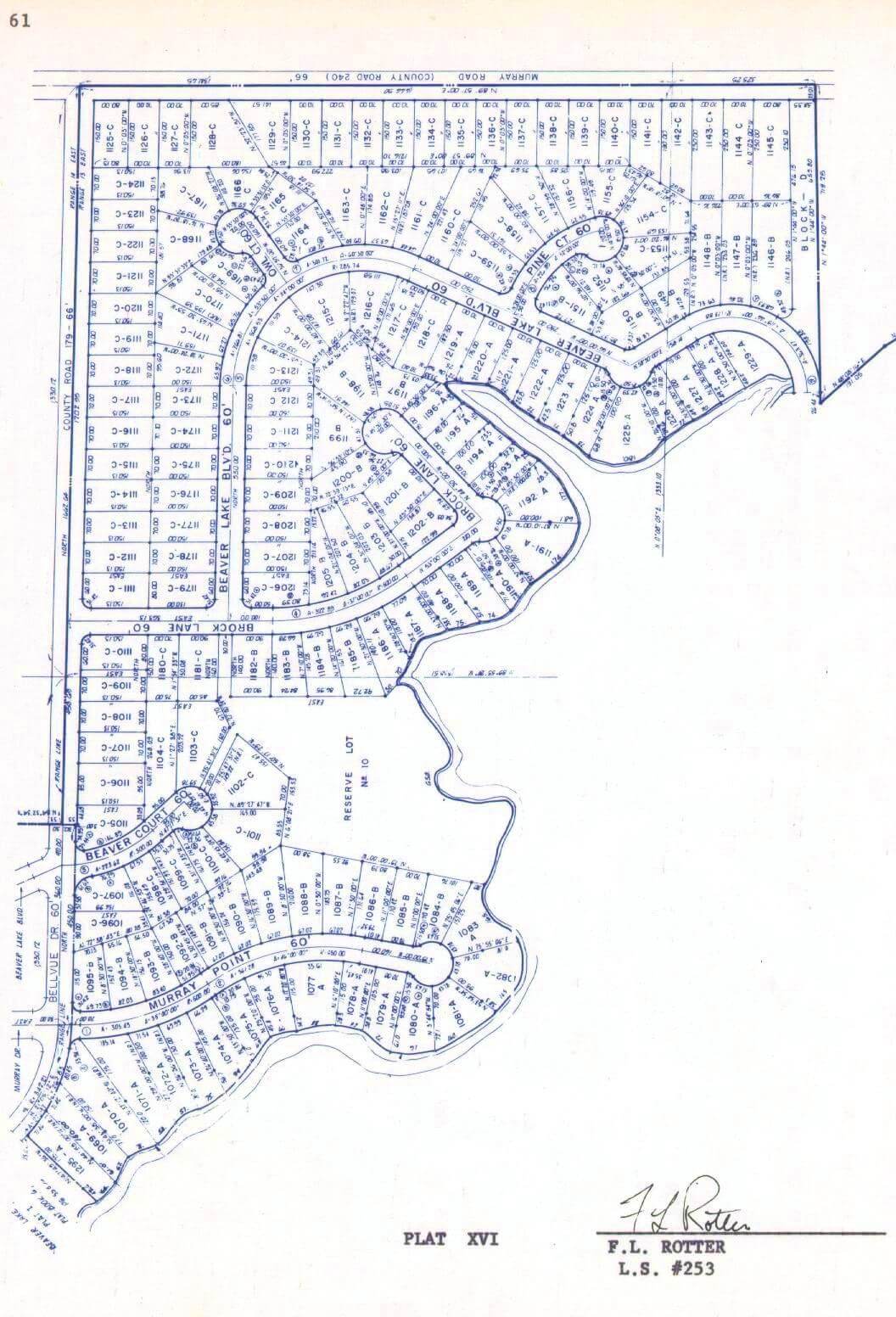 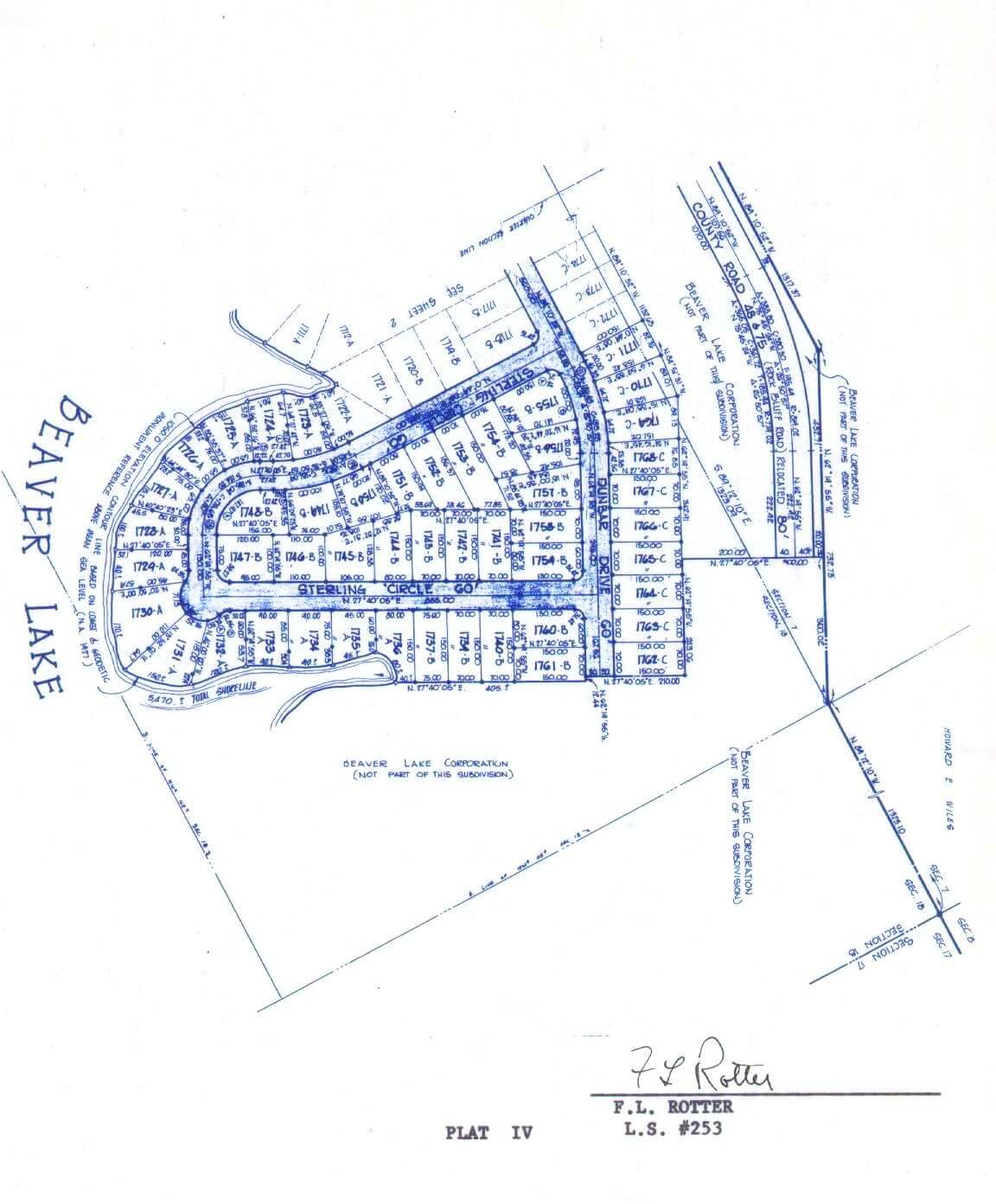 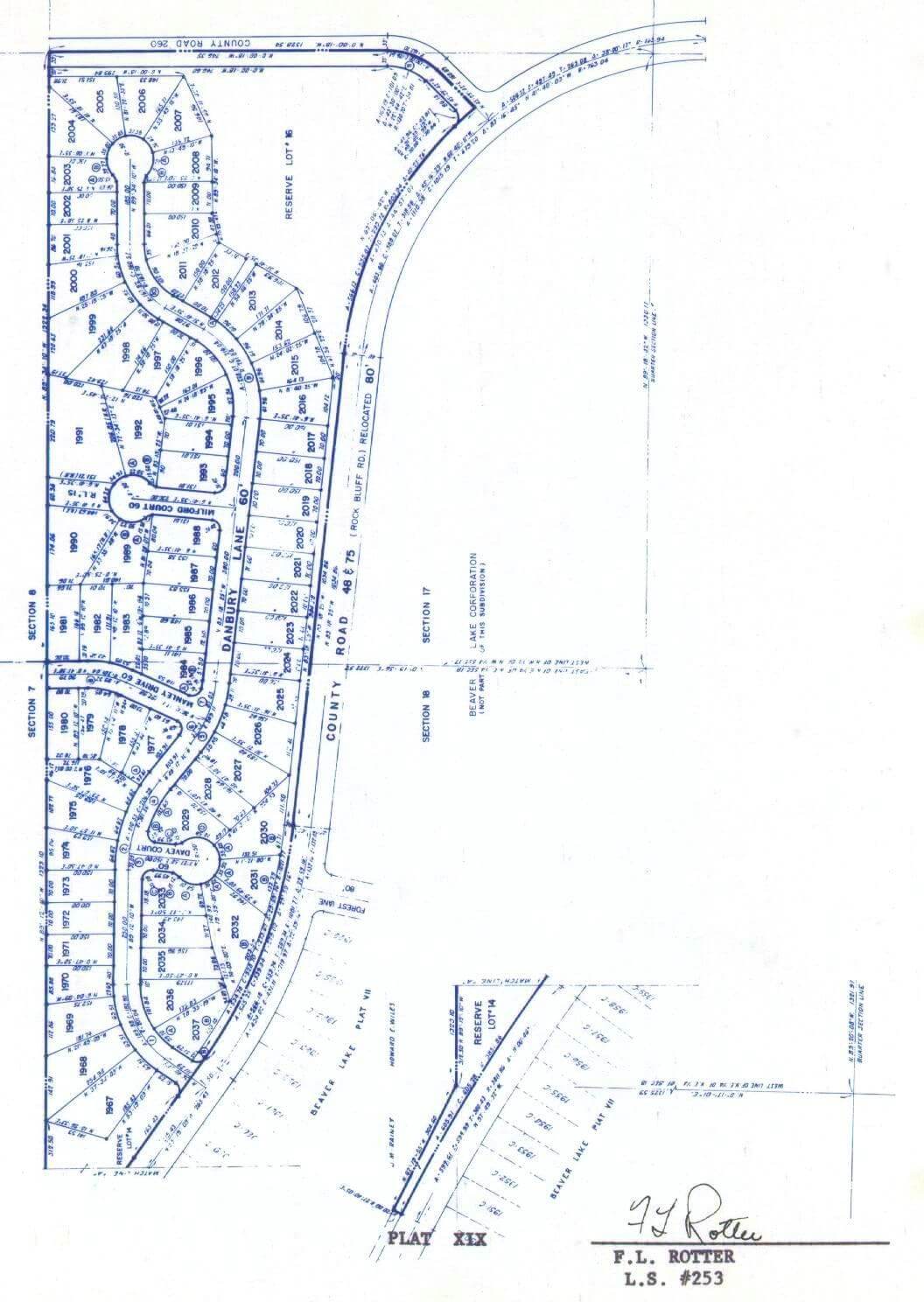 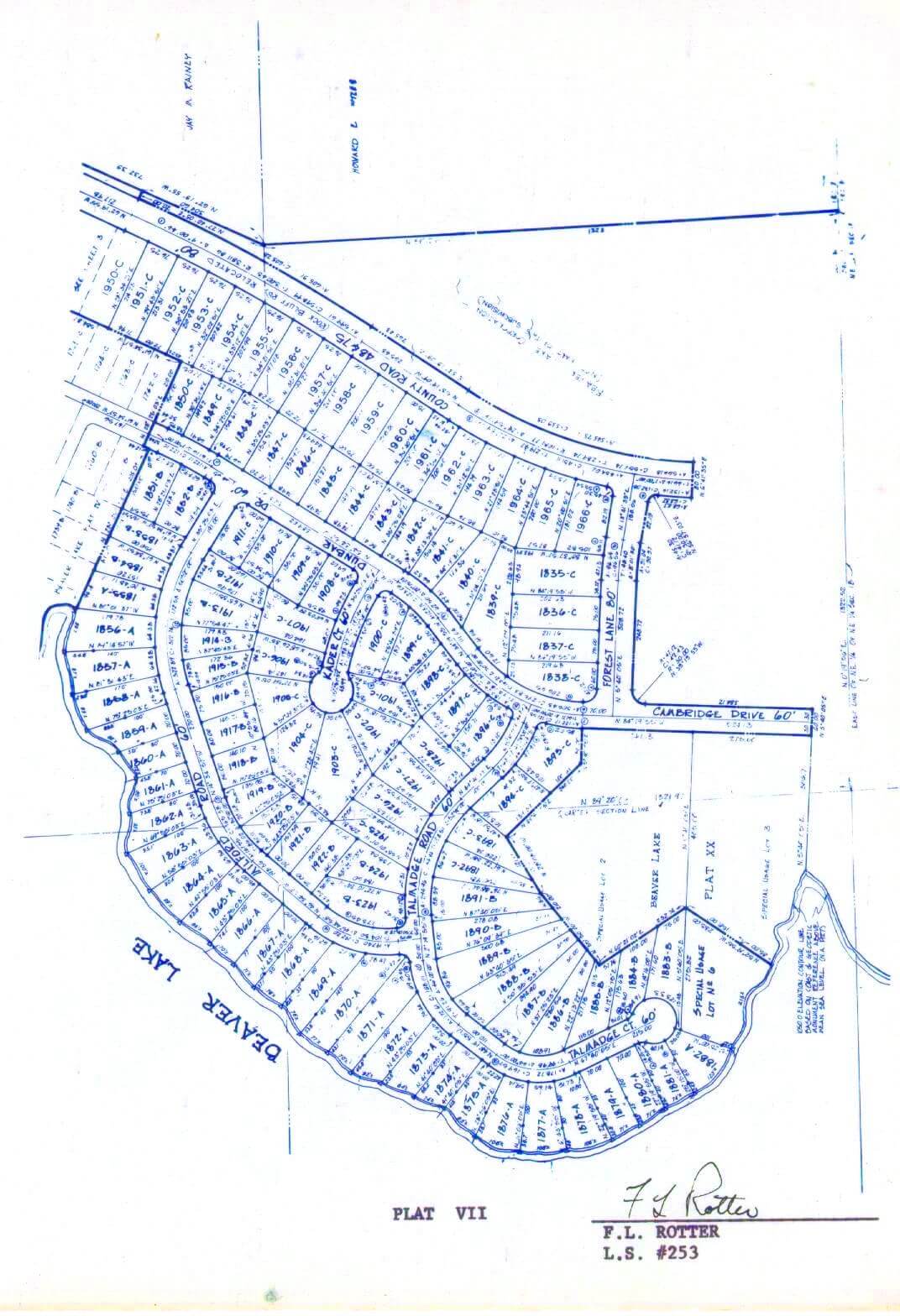 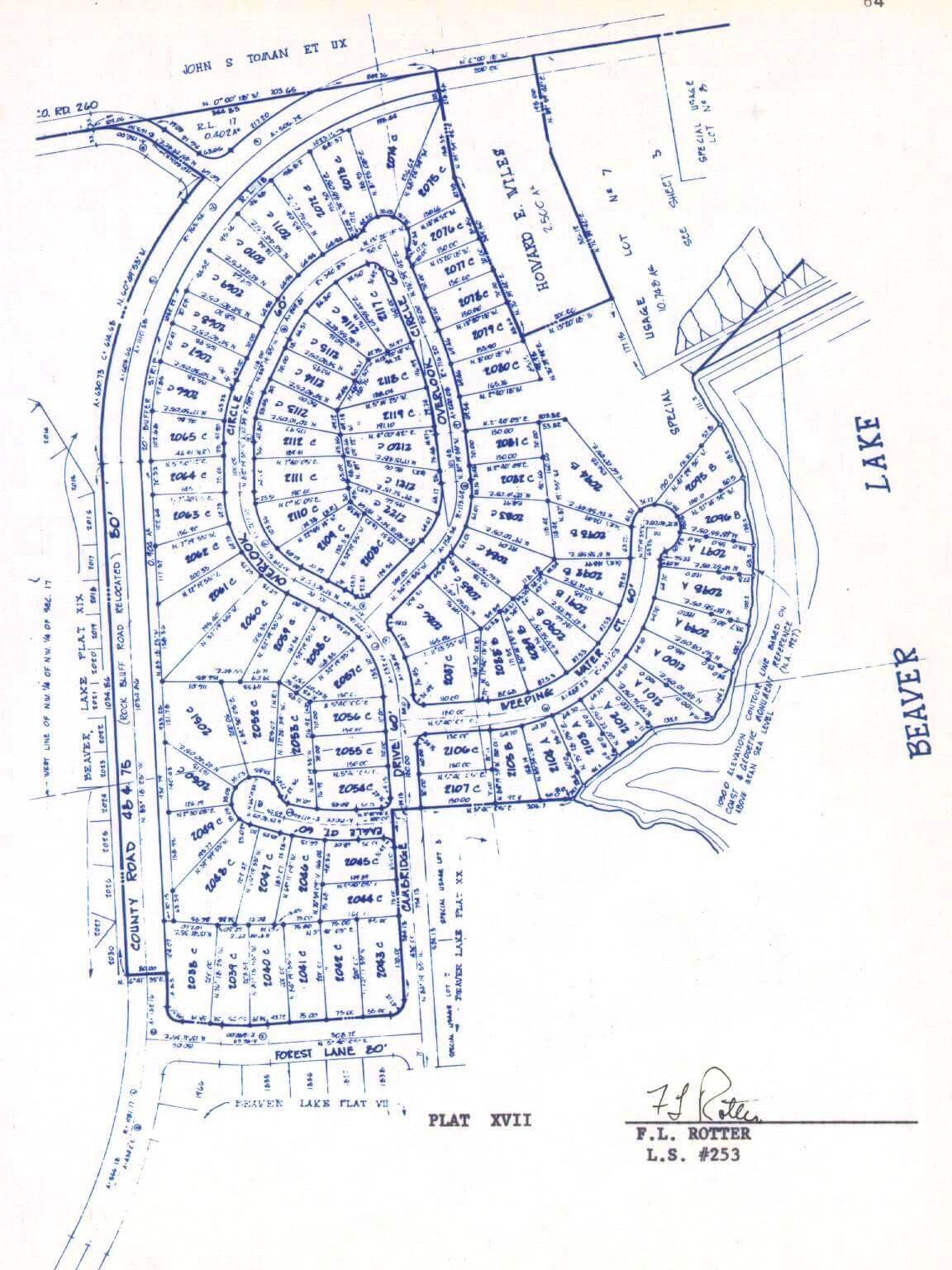 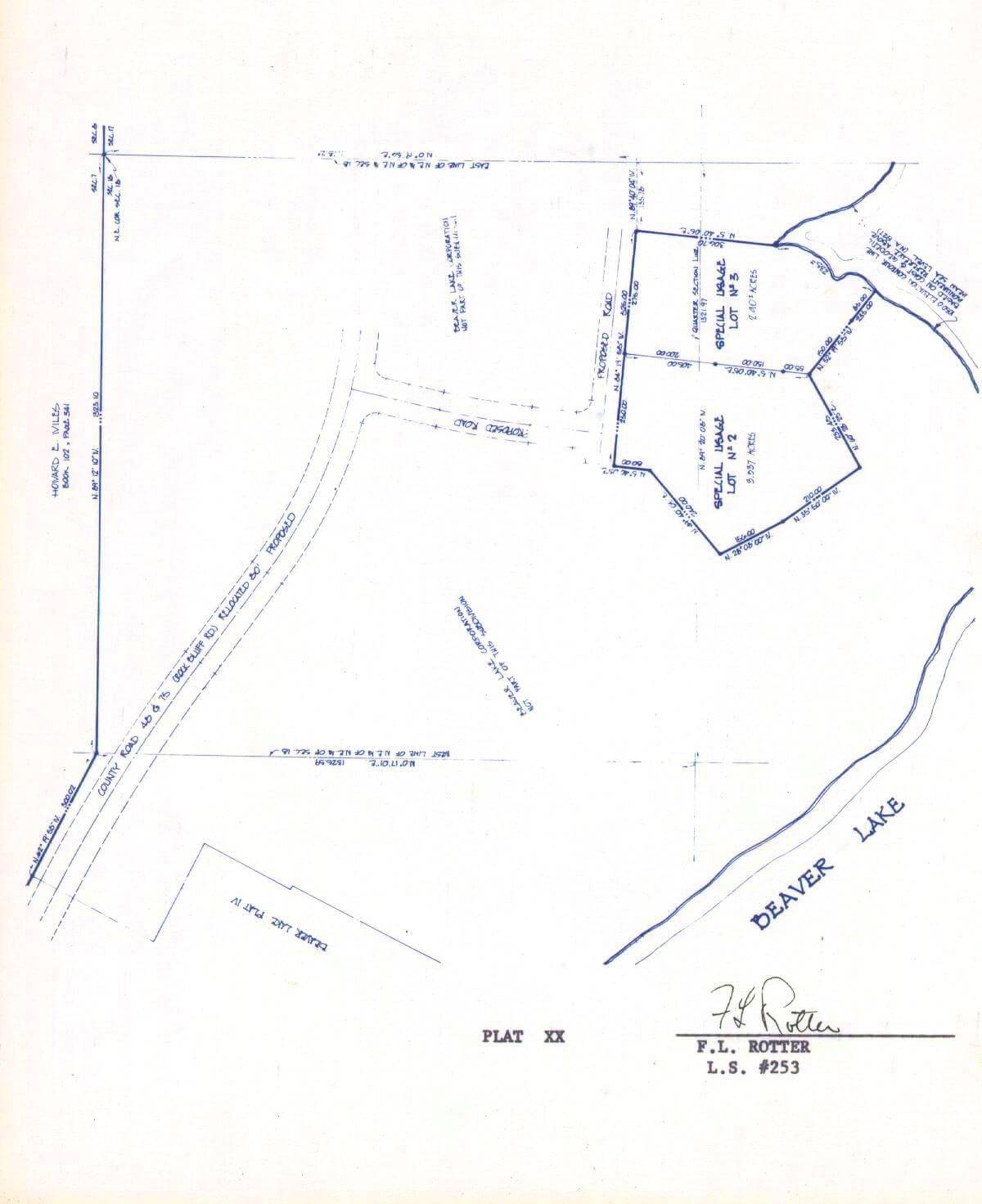 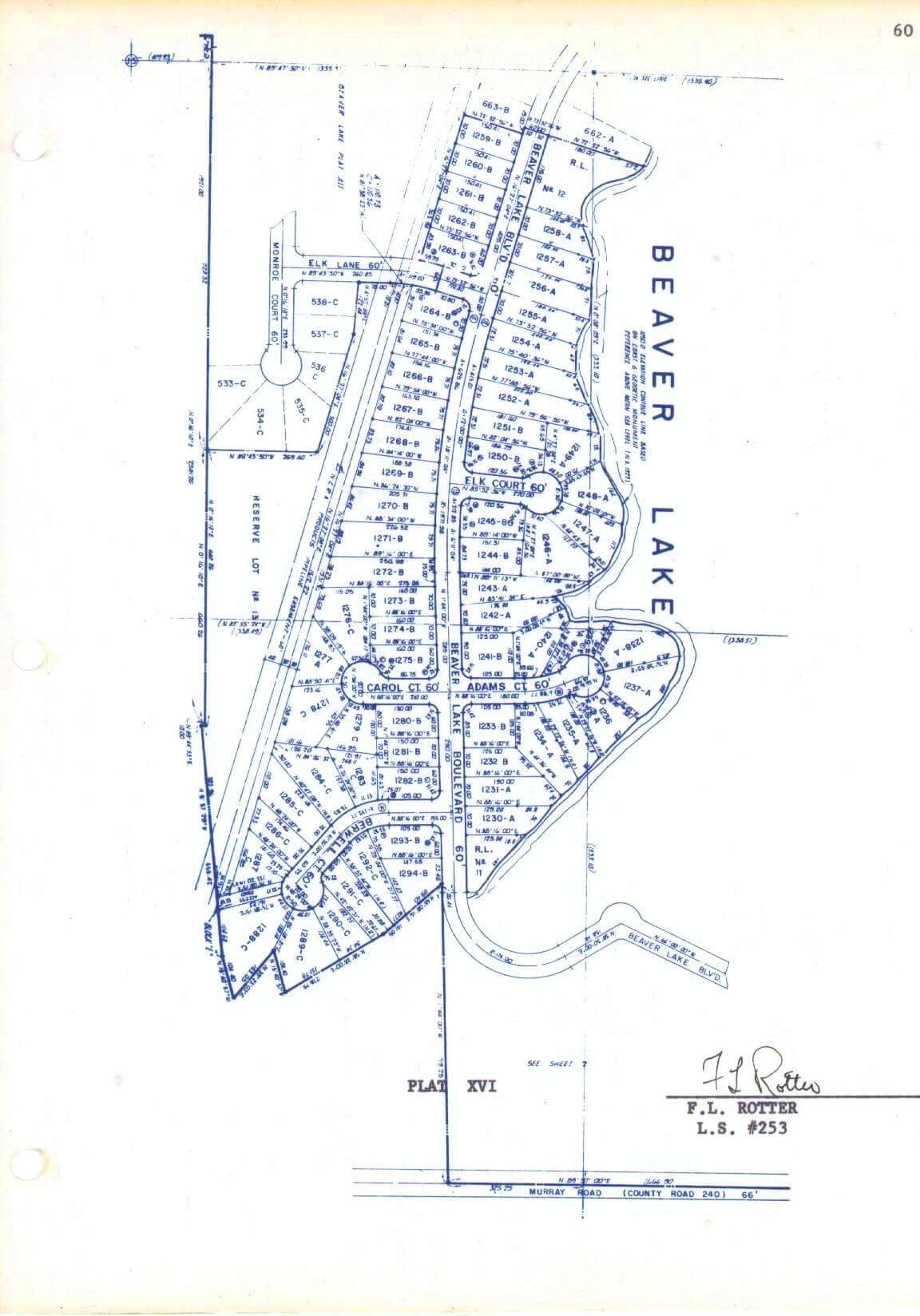 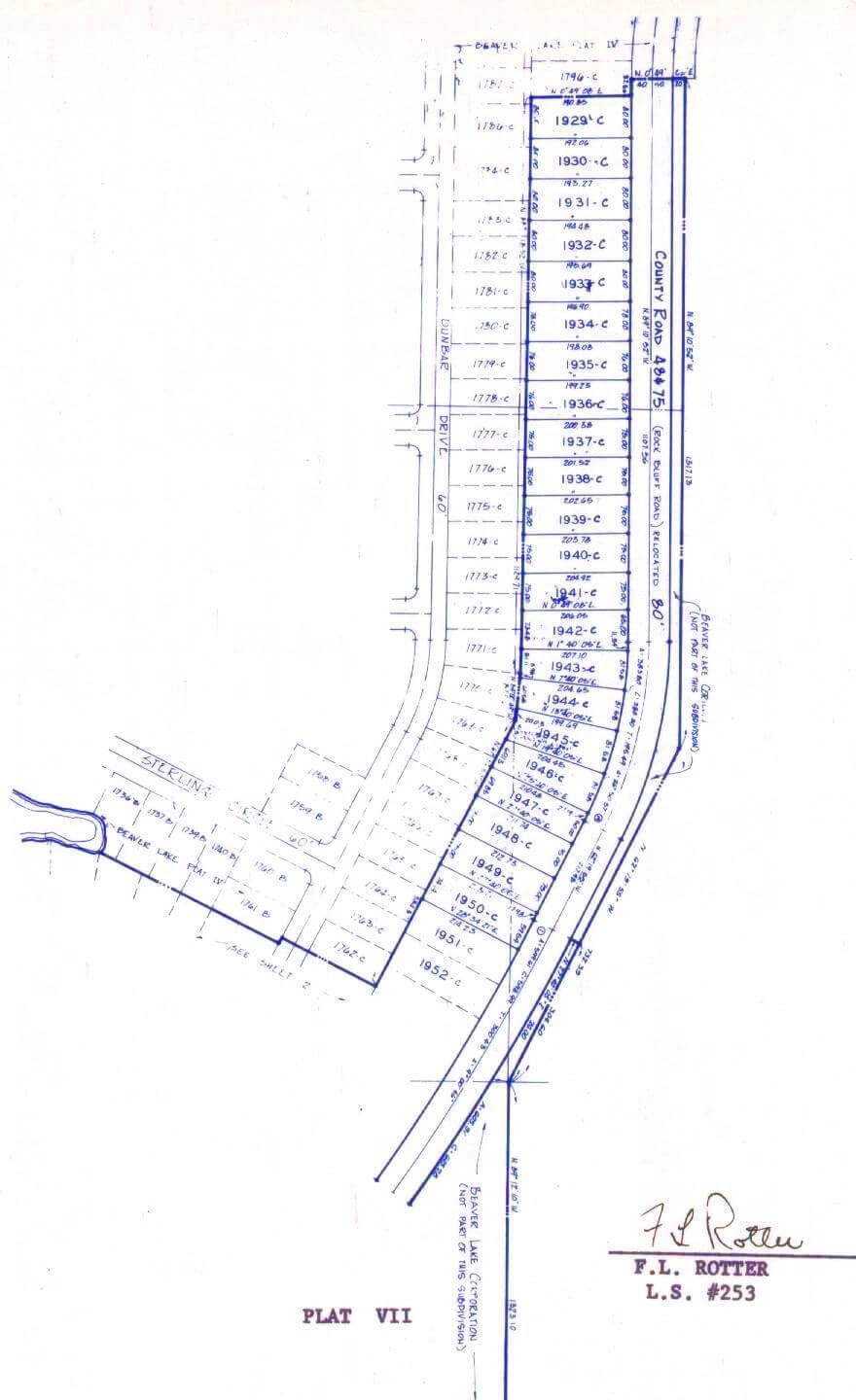 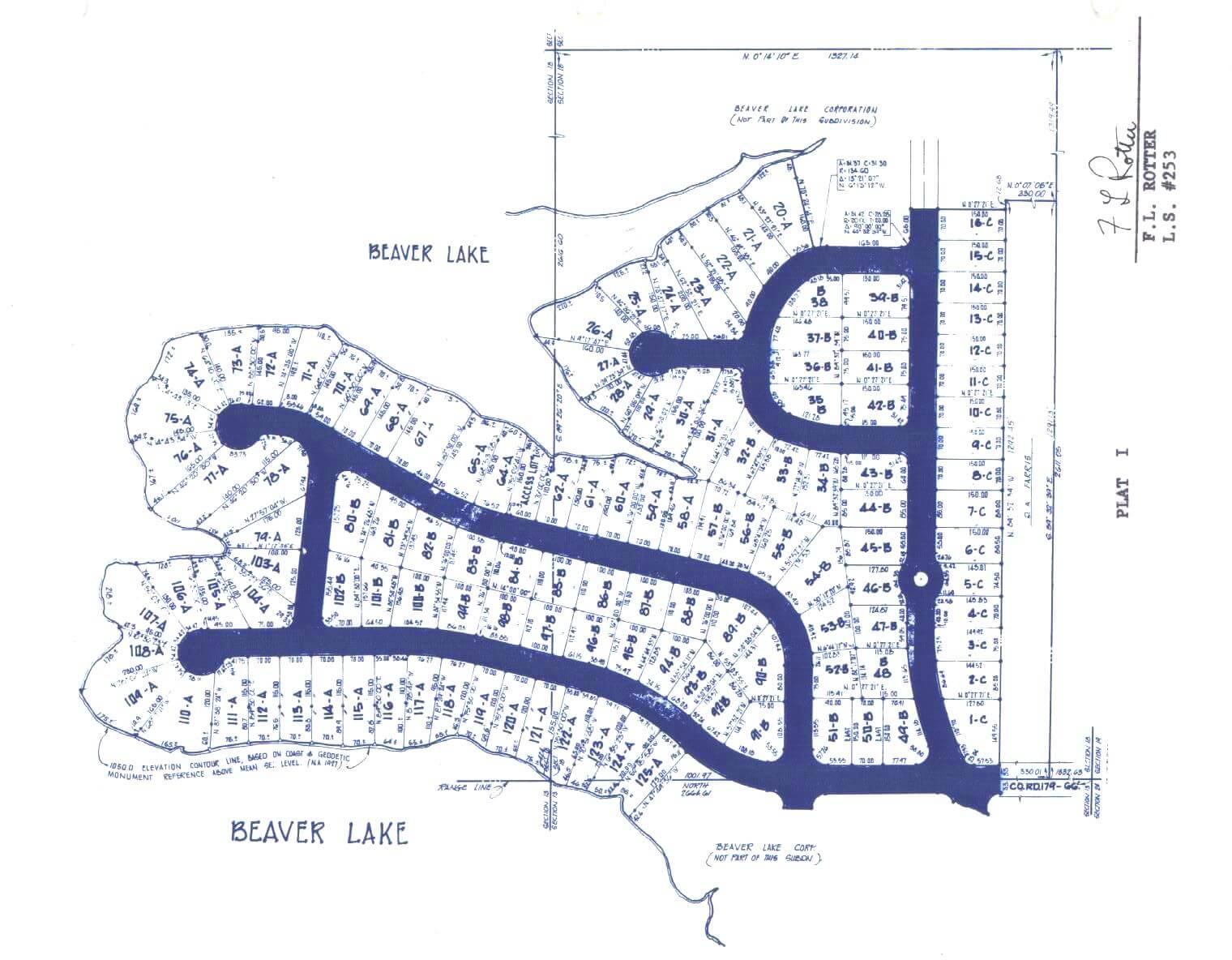 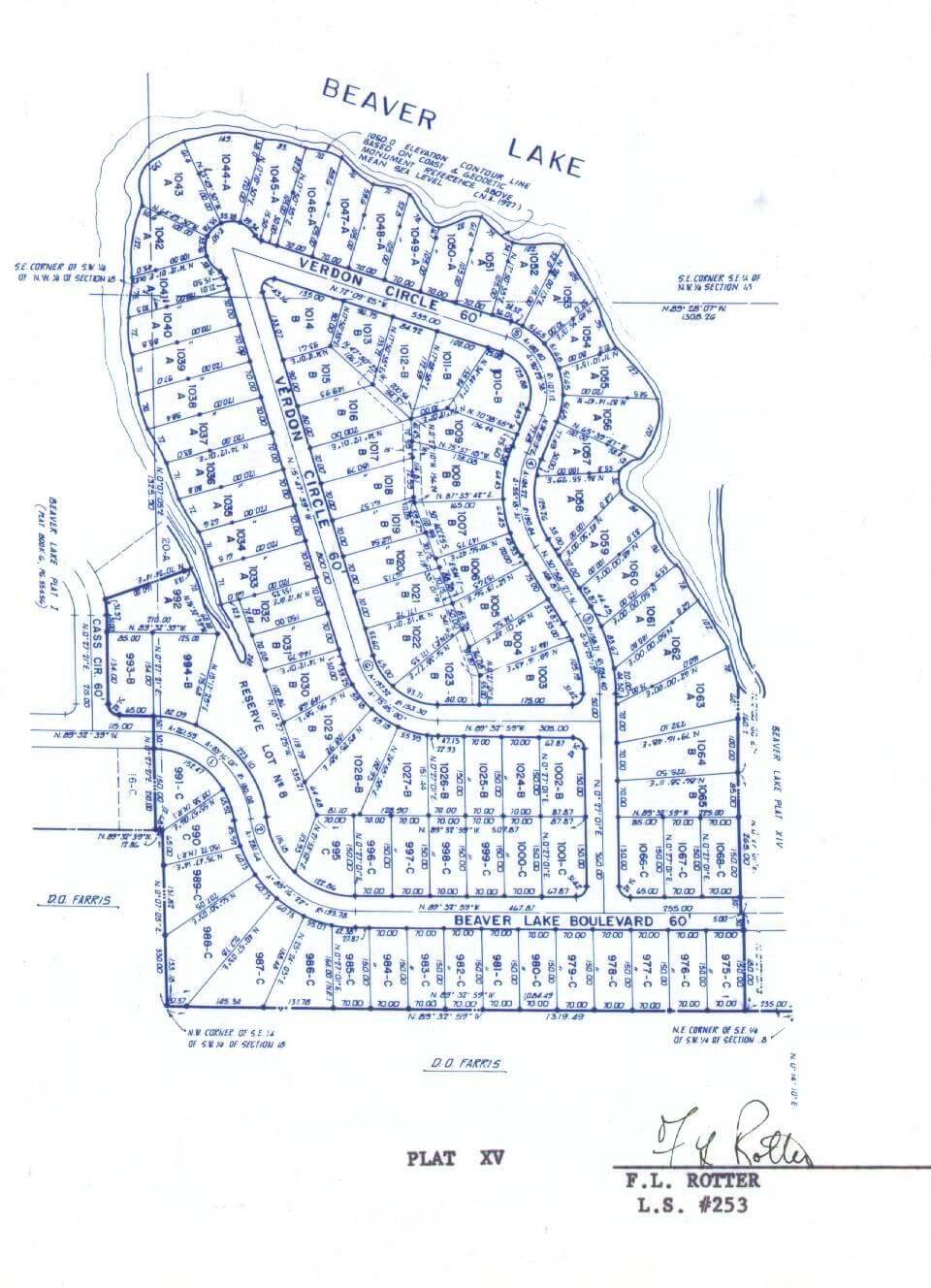 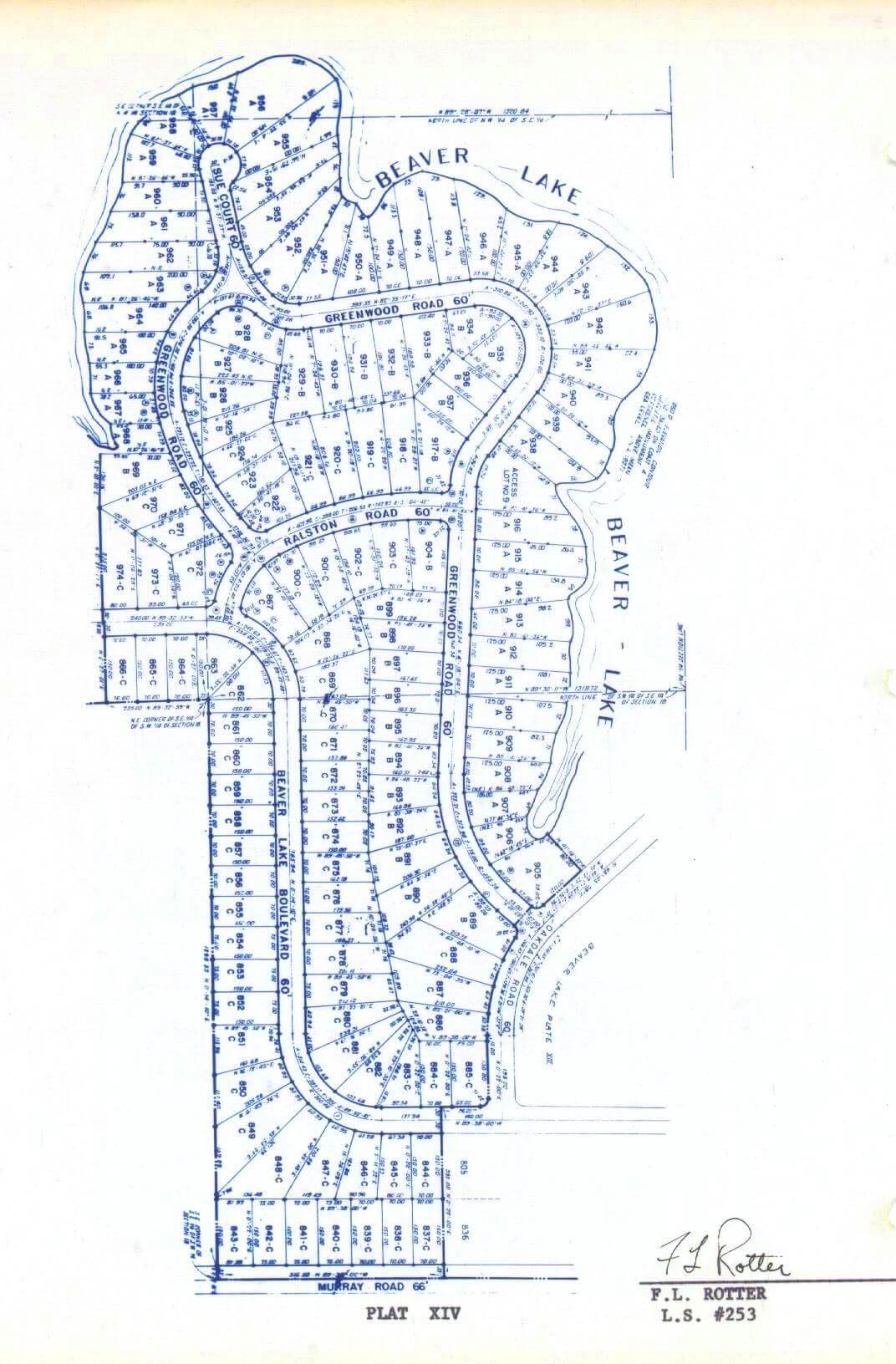 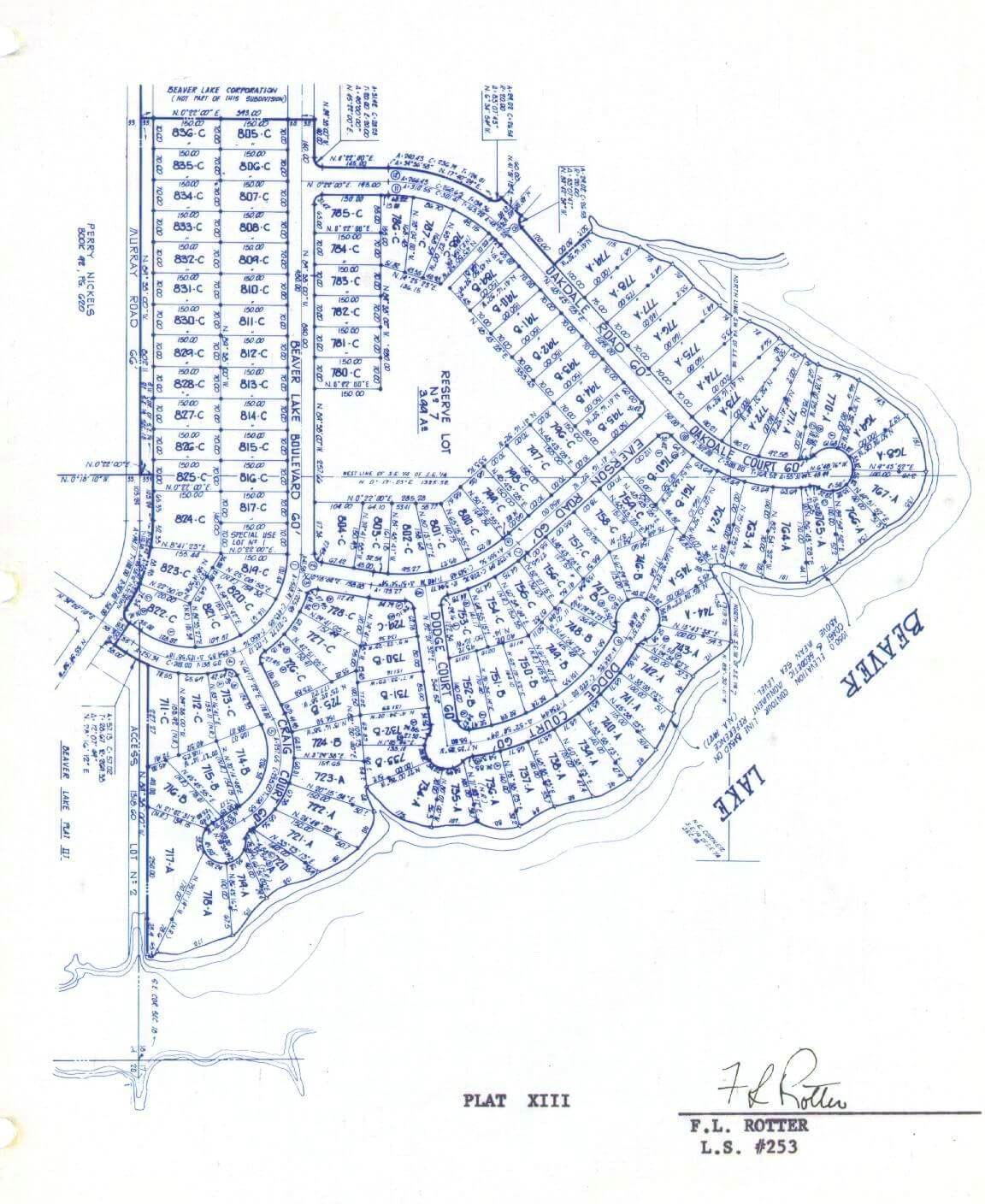 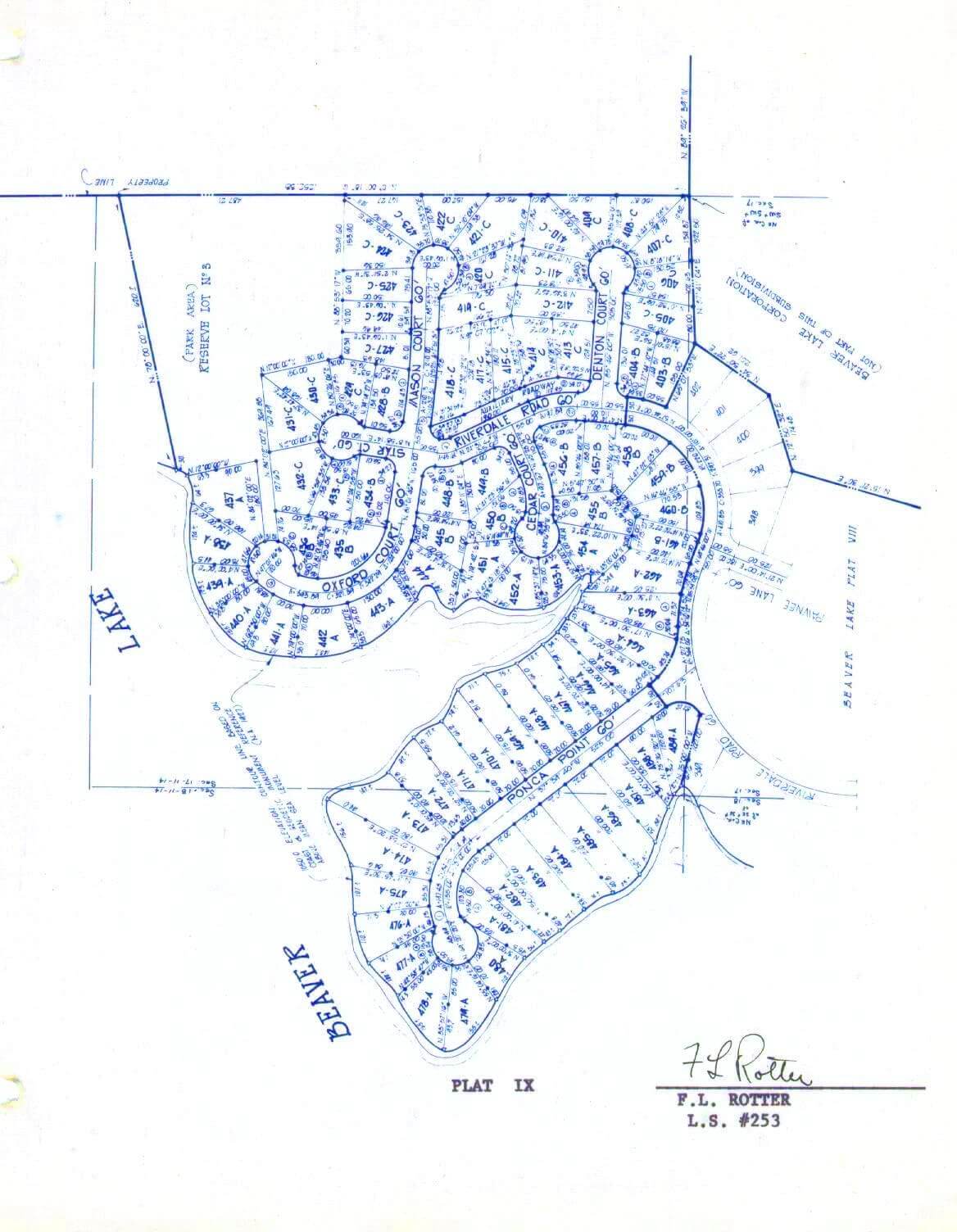 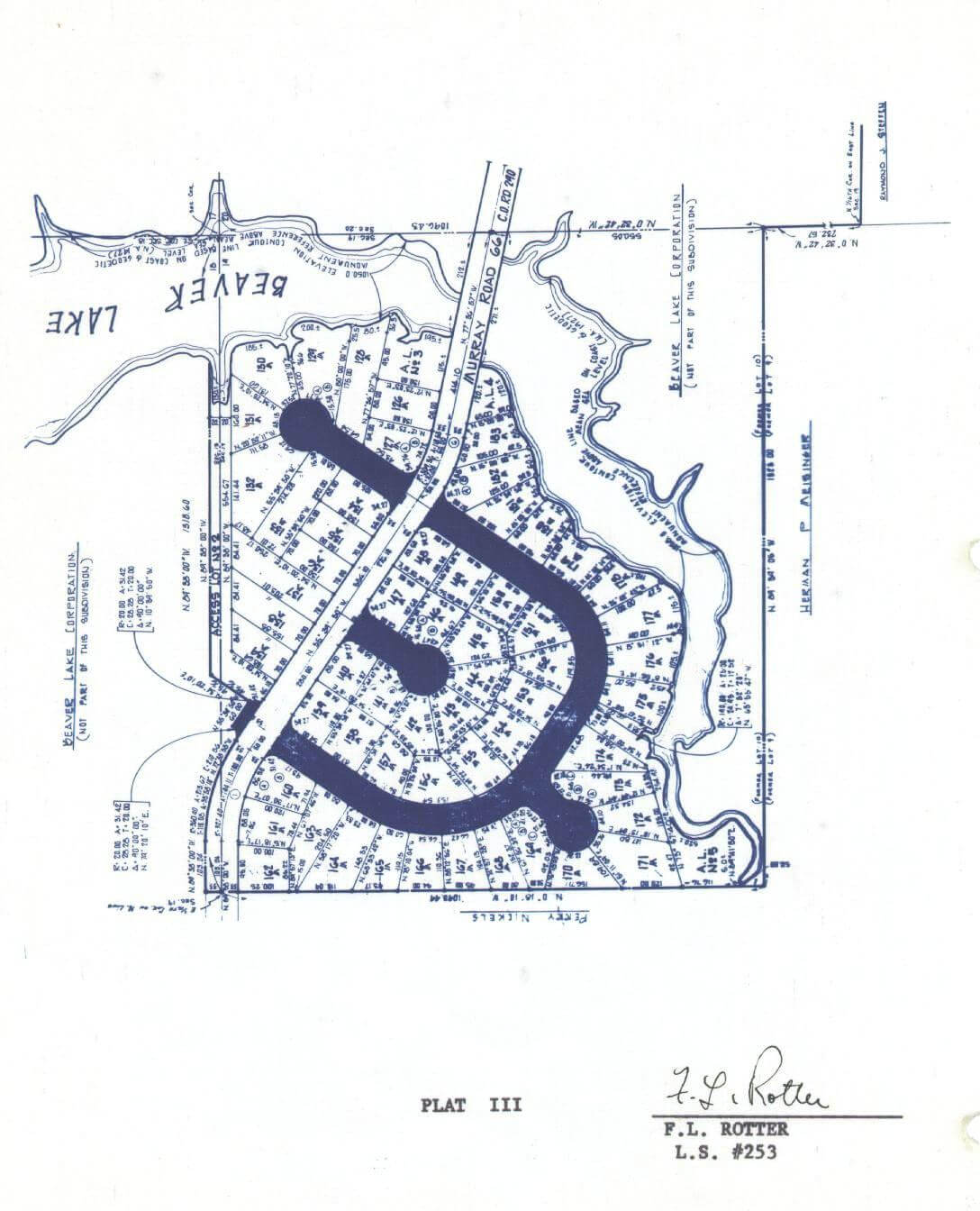 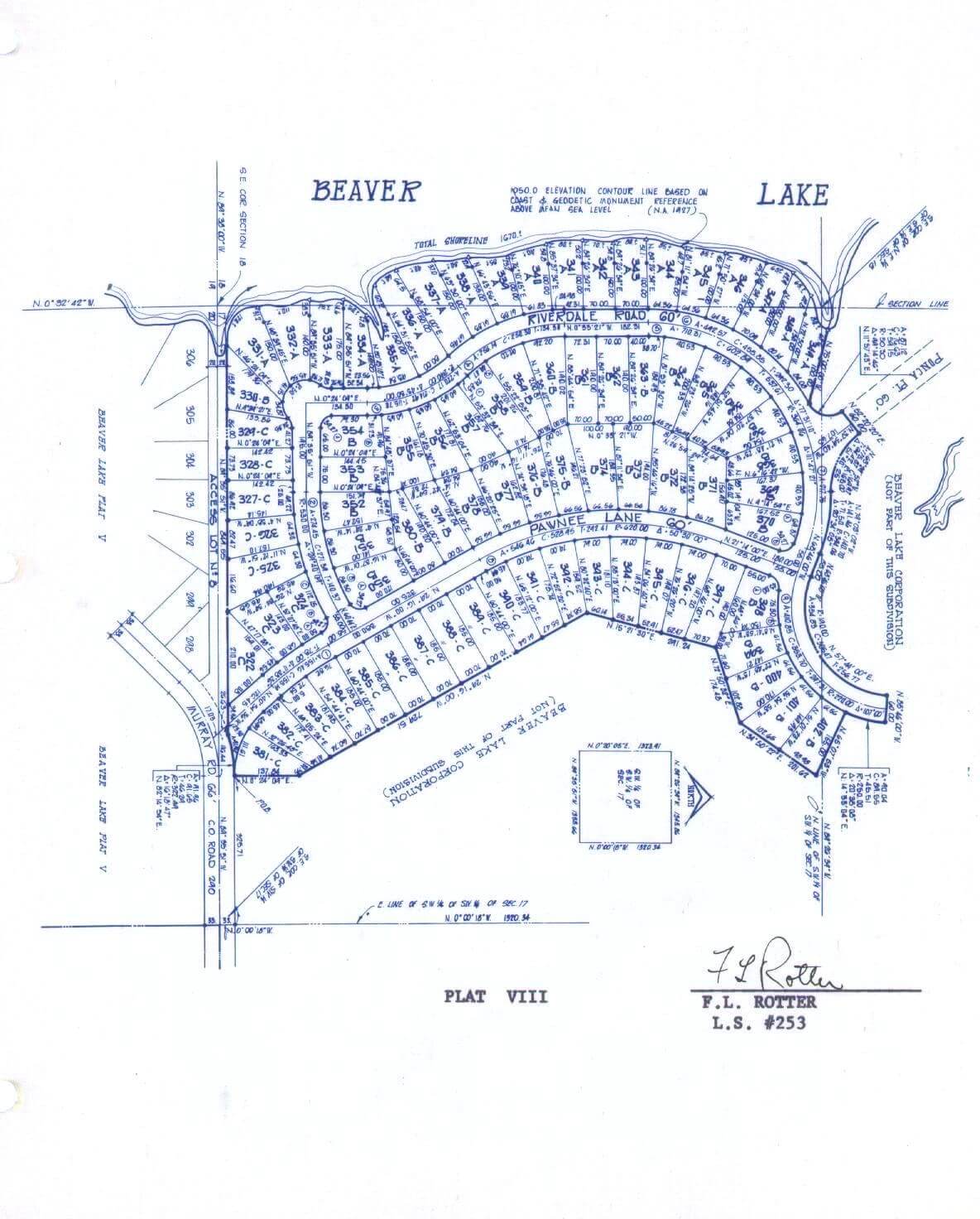 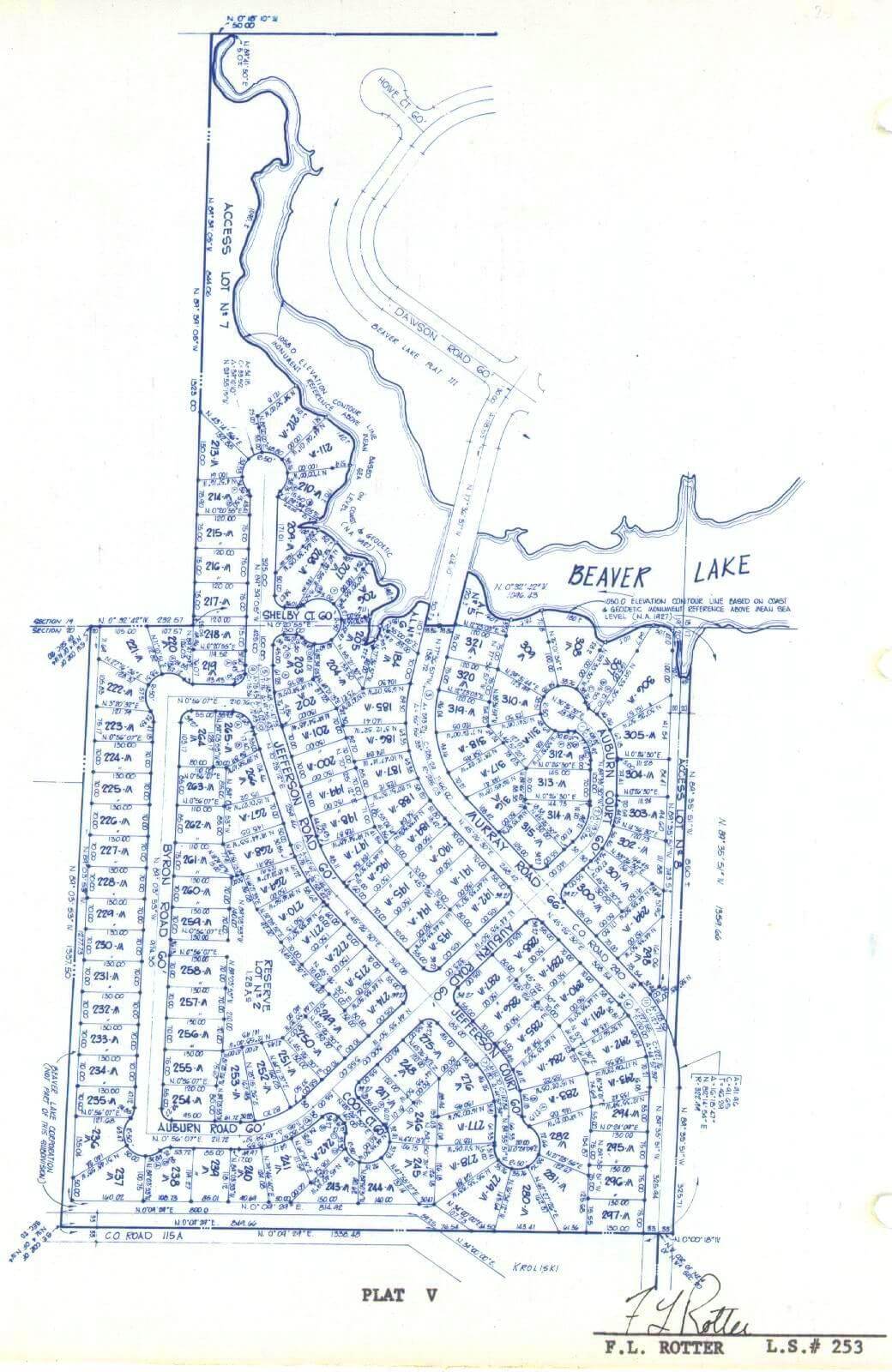 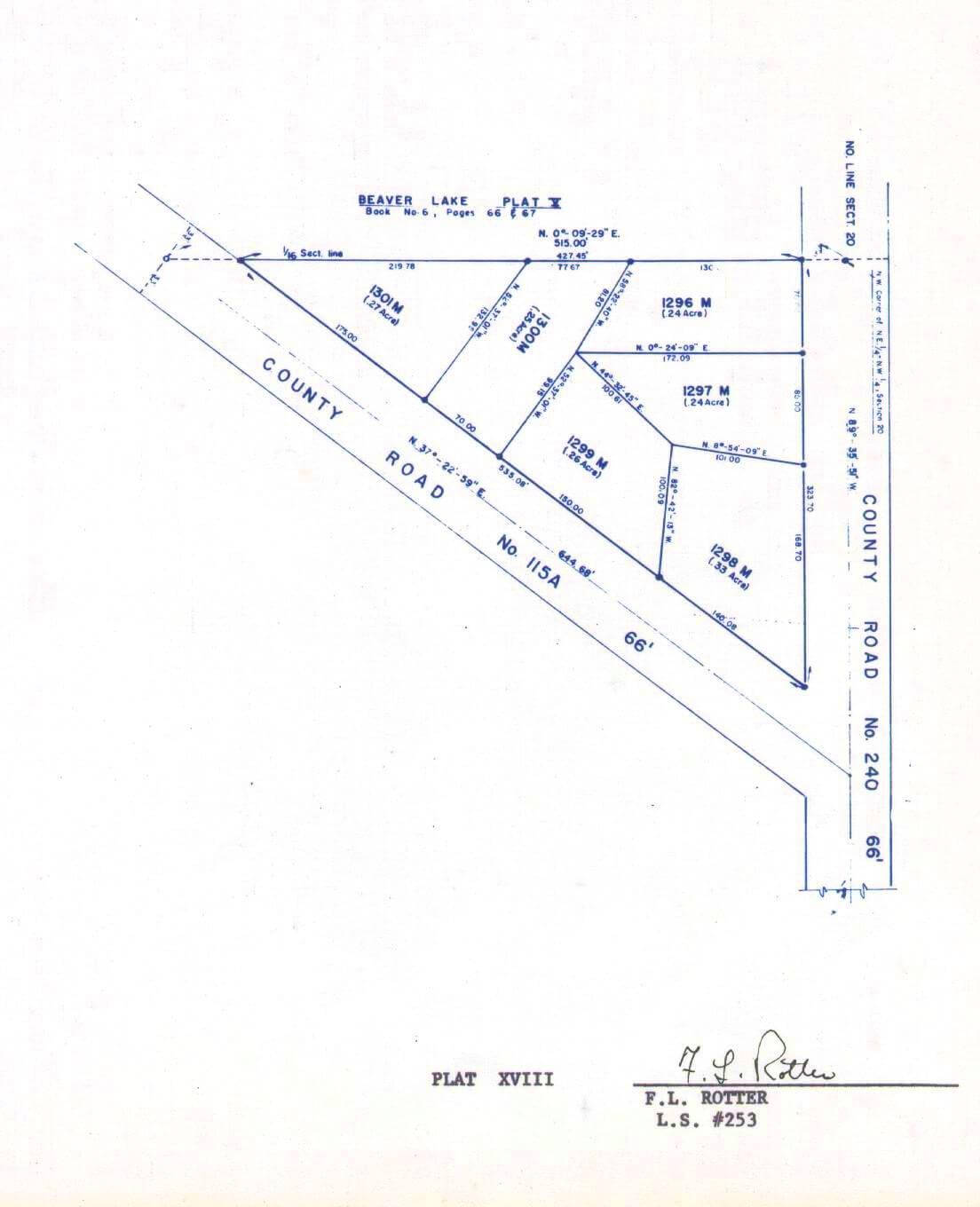